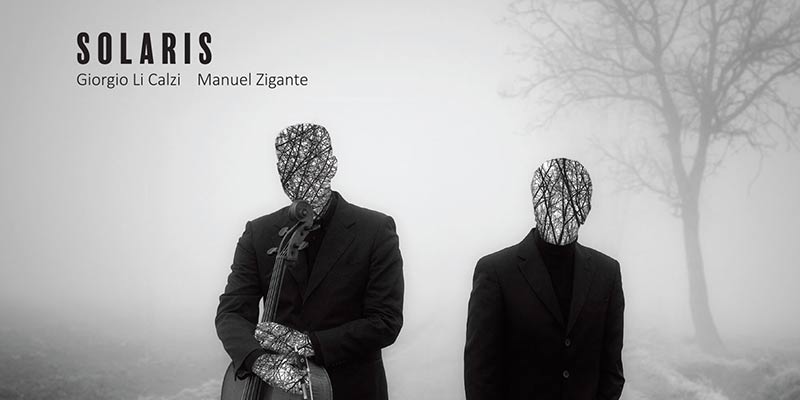 From the encounter of the electroacoustic sounds of Li Calzi’s trumpet and Zigante’s cello, the new project Solaris takes life.

Published by Machiavelli Music, it will be available on every digital store starting Friday, April 21st.

Inspired by russian director Andrej Tarkovskij’s film by the same name, Giorgio Li Calzi on trumpet and Manuel Zigante on cello show us how two apparently distant musical paths can merge on a common ground that’s both abstract and materic, ancient and futuristic, real and imaginary just as the atemporal and rarefied spaces of the original soviet Solaris were.

The artistic project has been incubating since 1989, the year marking the first meeting of these two artists.

Listen to the album preview!