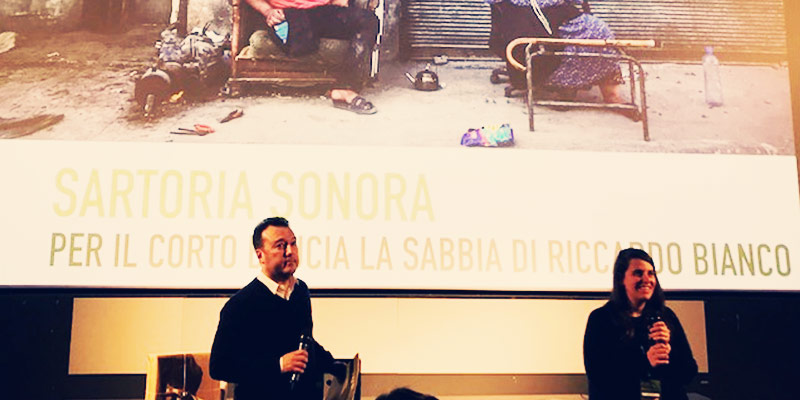 And the Machiavelli Music Award 2019 goes to…

Sartoria Sonora wins the Machiavelli Music Award for the best soundtrack at the Glocal Film Festival The original soundtrack by Sartoria Sonora for the film Burning Sands, directed by Riccardo Bianco, wins the Machiavelli Music Award.
The music is skilfully "sewn" on the images, accompanying with wisdom and delicacy the dramatic images that portray the city of Aleppo.

The contemporary sounds and at the same time rich in references to tradition, tell us in this journey, undertaken with the authors, a subjective cross-section, with a strength and realism as hard as incisive.
The soundtrack album will be soon available on Spotify, Apple Music, Deezer and on all the other digital stores worldwide.

Through the collaboration with the Glocal Festival (www.piemontemovie.com) Machiavelli Music continue to invest in young musicians and artists with the constant search for new talents to promote abroad the creativity of young Italian artists.