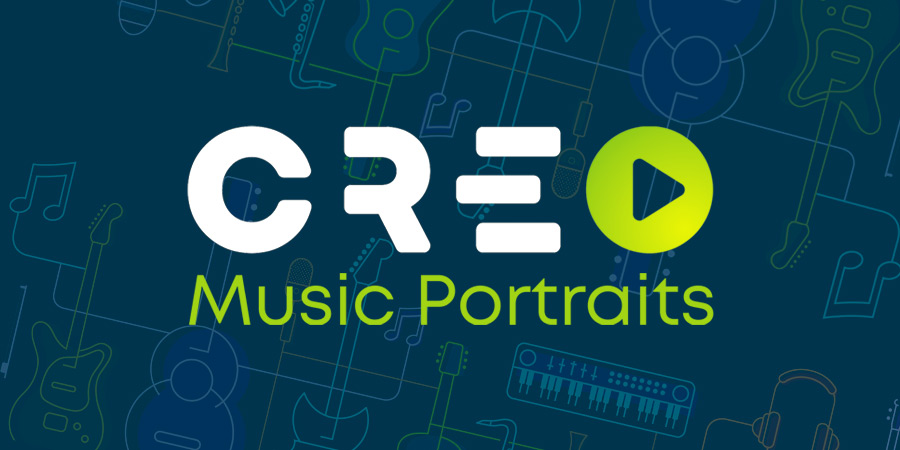 The long work of musical creation of #CREO started a year ago: a year of meetings and exchanges between young musicians protagonists of the project, musical experiences and artistic productions that have seen the light, in the heart of artistic residencies, located in Artemista, sometimes even interrupted by the events that we are living in this year so deeply marked by difficulties and discontinuity... but today finally #CREO project reaches its conclusion!

CREO Music Portaits is the video that traces through the eyes, the narration and the creativity of its protagonists the artistic path of the young artists selected for the #CREO project.

The video is the result of this long work: it becomes the story of a privileged artistic production space, which led to the creation of six video clips that are presented and "told" by the young artists who conceived them.

The video is also the story of the representatives of Machiavelli Music and Artemista Cultural Association, the two realities that have joined together to create the framework for training, support in production, who have become accompanists and mentors in this adventure of creation. The tutors, in the video CREO Music Portaits, tell about the support offered to the creative solutions that contributed to give life and strengthen the musical identity of each project.
In fact, the project was born to enhance young musical talents in search of new opportunities, from the lucky and fertile meeting that took place between the two project leaders, who joined together to select the creative projects of six Italian artists and groups, supporting them in the production, with an attention also to the meaning for the artists to be able to transform their passion, Music, into a concrete opportunity and Profession, and above all to help them to complete their musical project. Each artist has made a short video, through simple images that accompany one of the three compositions produced during the residency, and here is CREO Music Portaits, a live streaming concert, the only possible that this strange historical period has allowed us.

The productions of the young artists of CREO also land, on the day of the launch of the video, on all digital platforms, in an album with the same title that collects 18 tracks that arise from the context of the project.
Discover the album CREO Music Portaits:

The artistic residence of the six selected groups, two whole weeks dedicated to musical creation, which took place between January and September 2020, is developed within #CREO Composizioni Registrazioni Edizioni Originali, the project dedicated to the creation of young Italian musical talents within the initiative #PerChiCrea, dedicated to young musicians looking for opportunities and promoted by Machiavelli Music and Artemista Cultural Association, supported by SIAE and MiBACT.